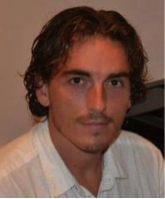 Joan is CEO and co-founder of Sanifit. He has led several financing rounds at Sanifit totalling >€40m, including most recently a series A raise of Euro 37m. He served as Chief Scientific Officer at Sanifit from 2004 to 2013, and from 2009 to 2013 he pioneered the international development of Sanifit’s lead candidate, SNF 472, from academia to its clinical evaluation in patients suffering from calciphylaxis and ESRD.

He is President of the Balearic Cluster of Biotechnology and Vice-Dean at the Official College of Chemists at the Balearic Islands, Spain. Joan has earned several research and innovation prizes, including the National Price for the best Doctoral Thesis in Lithiasis, awarded by Ferrer Pharma in 2005. He is co-author of over 40 peer-reviewed international publications, co-inventor of 9 international patents, and has participated in over 30 research projects, half of which as PI. Joan holds a MSc in Chemistry with first class honours, and earned his PhD from the University of the Balearic Islands, Spain, where he teaches Analytical and Clinical Chemistry as Adjunct Lecturer.